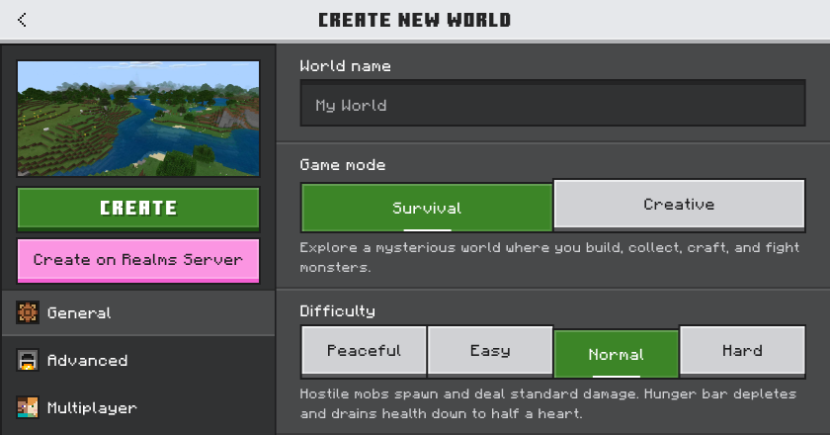 A new update is now available for Minecraft, featuring a swath of new improvements:

Please continue to upvote and report any new bugs at bugs.mojang.com and leave us your feedback at feedback.minecraft.net. Happy crafting!

Create New World is being updated with improved navigation, more descriptions, and a new look and feel. It’ll be rolled out gradually across Android, iOS, Windows, and Xbox starting today.

We’re still working on some things, like support for other platforms, screen narration, the trial version of the game, and the Japanese language. We need some more time to work on these features in order to provide the best possible experience.

We would love to hear what you think! Share your feedback on the Feedback Site and put “Create New World” in the title so we can find it.

Please keep in mind that these features are work in progress, still under in development, and subject to change. If you activate them, your world might crash, break, or not work with future updates. Experimental features cannot be turned off after world creation.

For more information, please see the article about enabling experimental features at aka.ms/MCExperimentalFeatures.