Of the nine zombies two are neutral, they will only attack to defend themselves, they are:

The other will attack the player as follows:

In addition to adding new zombies, this addon makes the Zombie Horse naturally spawn around the world at night. 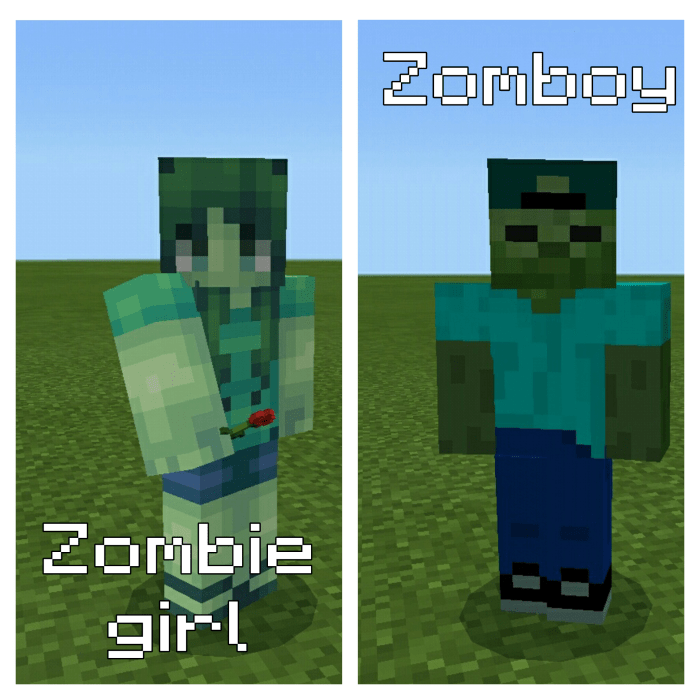 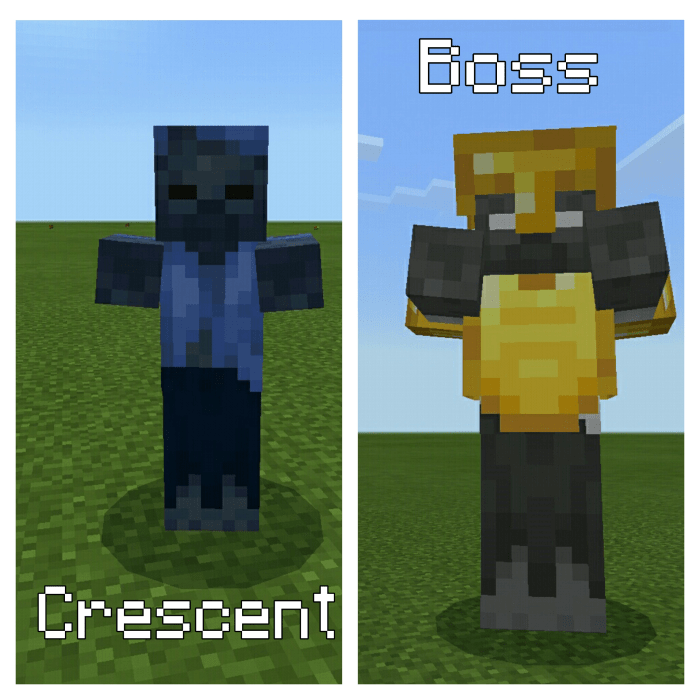 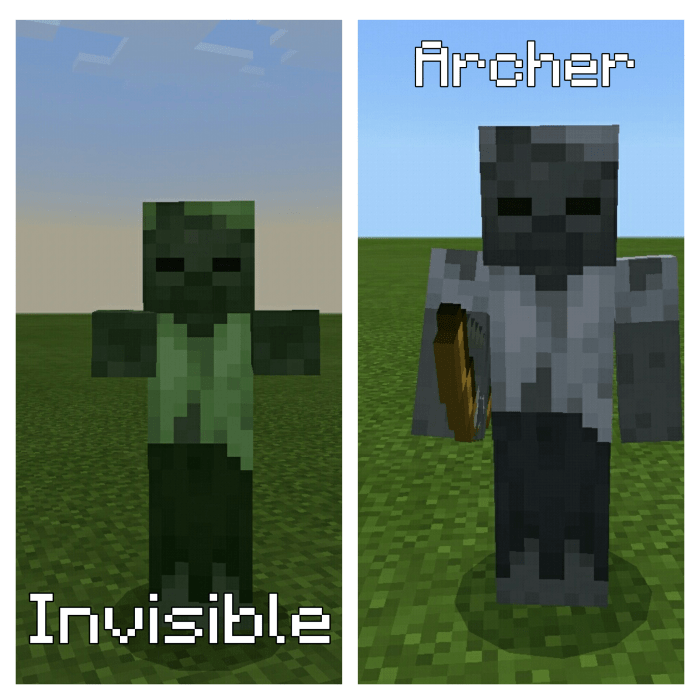 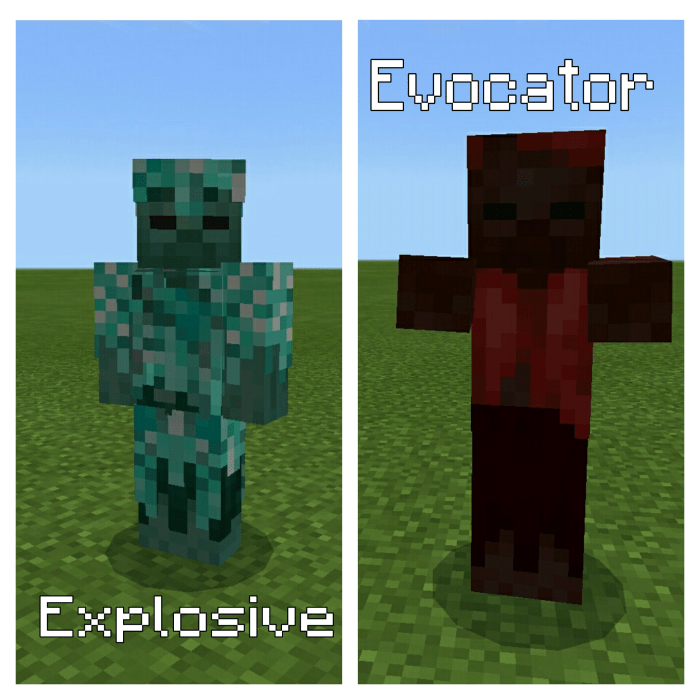 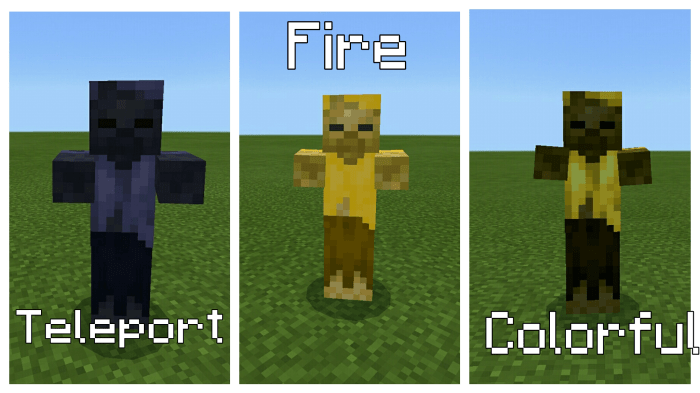 You can also spawn them using spawn eggs in creative mode…