The mighty Tyrannosaurus Rex. “T-Rex” to their T-Rex buddies. Talk about your large theropods! Wow, these should be at the top of everyone’s list. Here to haunt you and eat you. The former being optional.

They’ll go after just about anything; hostile, peaceful, neutral – they’re not fussy. They do massive amounts of damage and hopefully are fast enough to be terrifying. You can find them in savanna and plains biomes, but quite rare (especially plains). Hopefully when you least expect it, that would be neat. Remember to bring your running shoes. 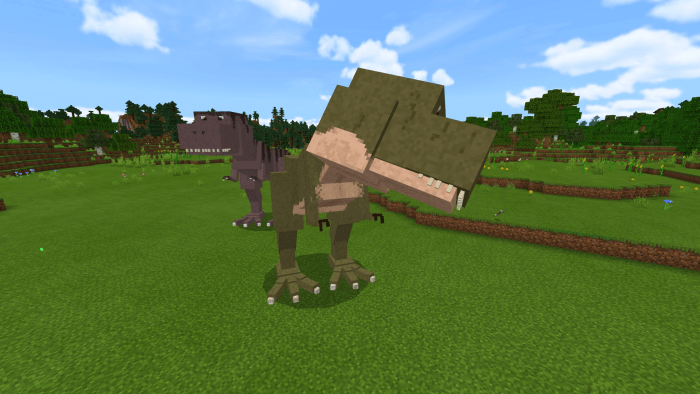 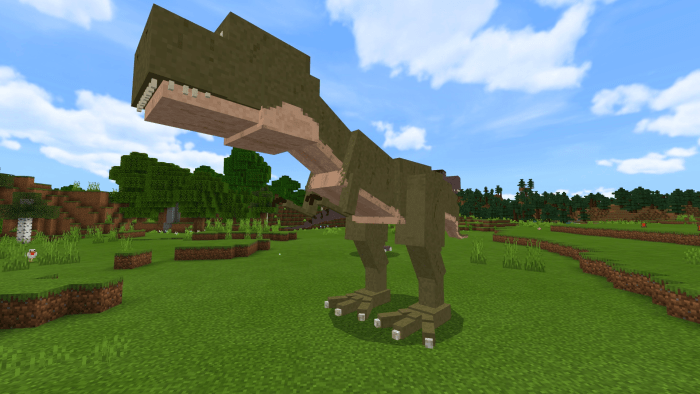 To the awesome youtubers out there, if you do a review/showcase, thank you! Please link back to *this page* on McBedrock. Cheers!

Made them eat most animals which they should've been doing. Thanks to smile craft for picking that up. Made it drop better stuff (it was only dropping leather, which is a bit ... underwhelming).