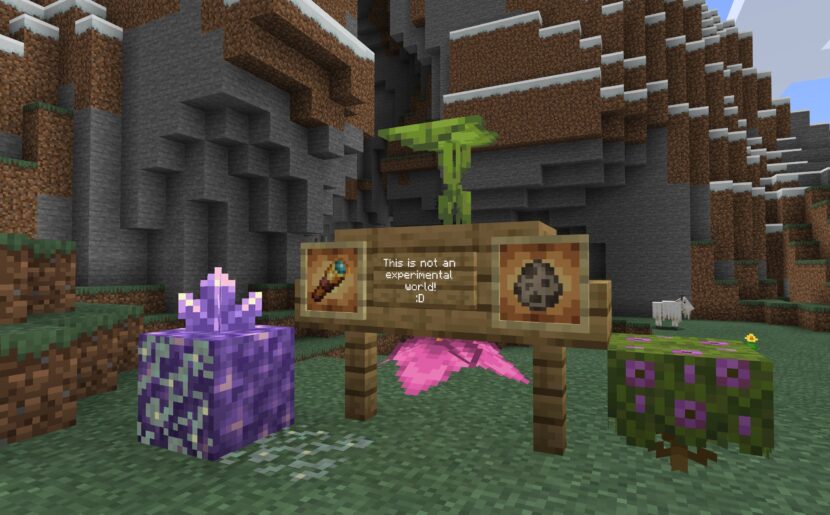 It’s time for another Caves & Cliffs beta update, and we’re pleased to let you know that we’ve moved even more features out from behind the experimental toggle, and fixed a significant number of bugs!

Please continue to leave us your feedback for these features in the threads at aka.ms/CavesCliffsFeedback, and search and reports any new bugs you may encounter at bugs.mojang.com.

Features No Longer Behind the Experimental Toggle