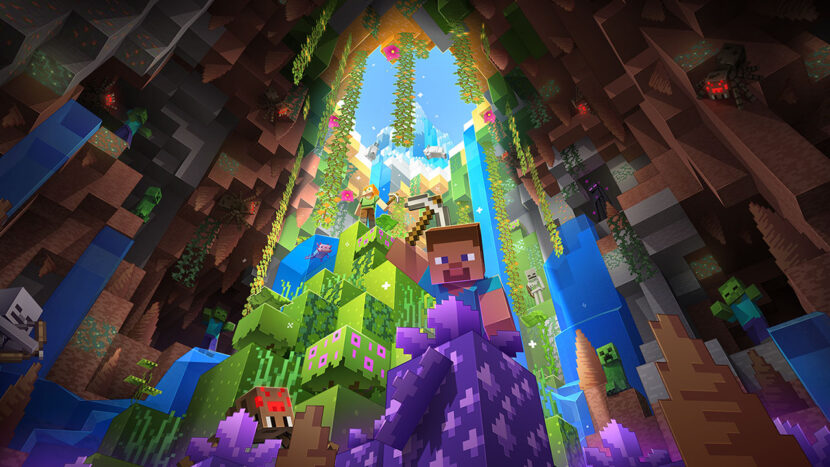 The day has arrived and Minecraft Caves & Cliffs: Part II has officially released to the world! It is, indeed, a very special day when we all get to boot up our devices and see a new update ready to download and play. It represents years of hard work from both our team of developers, as well as the community’s continued passion for creating endless worlds in Minecraft. The update is available on all Bedrock platforms right now and we can’t wait for you to jump in and experience one of the biggest updates in Minecraft’s history. Here’s a bit of what to expect when you load into the game today:

There are the highlights. Jump in and start playing now, or if you want to see the full list of changes, read on!

Check out the FAQ article for a deep dive on the new features in Caves & Cliffs: Part II!