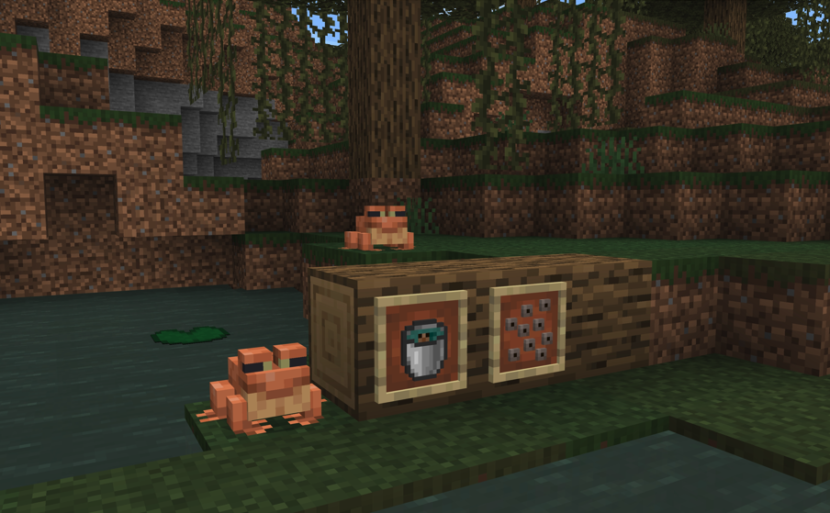 Welcome to a very special Bedrock Beta! I didn’t want to get my hops up and to be honest I was a tad worried that it was just a fever dream. But what if I toad you that this week we’re releasing a new mob into the Overworld’s ecosystem. I don’t mean to be amphibious, er… I mean ambiguous. Sorry, I am practically jumping out of my skin because we have a very exciting surprise for you.

Logs to the game!

Isn’t that exciting? Finally! Wait. What? We already have logs in the game? But why is everyone at the studio so excited? Oooooh, because we’ve added frogs to the Beta! I hope you enjoy them more than you did these puns, to try out these new features all you have to do is enable The Wild Update Experimental Toggle! Please leave us any specific feedback or suggestions in the thread at aka.ms/MCFrogFeedback, and as always please search and report any bugs you may find at bugs.mojang.com.

As always, you can check out the latest full changelog at aka.ms/MinecraftBeta. Good luck and enjoy the beta update!