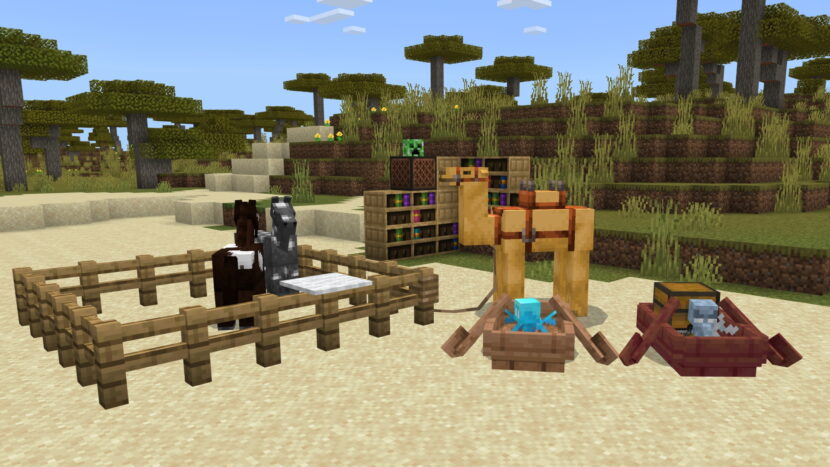 Here’s a list of what is new in this week’s Minecraft Preview and Beta! Remember to send us all your feedback at aka.ms/MC120Feedback and report any bugs to bugs.mojang.com.

In last week’s preview, we included a bugfix for campfires which triggered some conversations about their use and design. Firstly: thank you for all your feedback! We have focused on parity for new features the past couple of years and we are committed to ensure that new features mainly act the same for all our players regardless of platform. For campfires, which is an older feature, it was never intended that they would set mobs and players on fire – that behavior was a bug in Bedrock Edition.

We understand that some clever designs were built around this bugged mechanic, but after careful consideration, we have decided to stick with its original design intent, similar to how a torch would work. A torch doesn’t hurt entities that come in contact with it. A campfire on the other hand, will cause the player to take damage as if they are standing on a magma block.

We want to reassure you that this decision was discussed with our gameplay team ahead of the fix being made, and we’re grateful for your support!