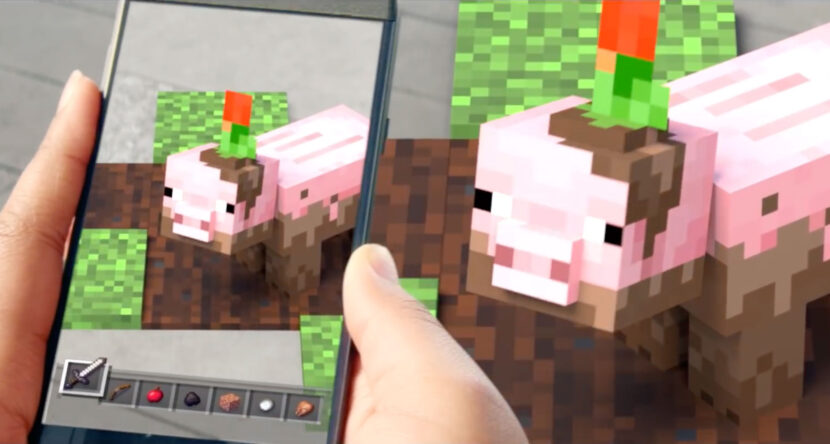 Minecraft Earth, an all-new mobile AR version of the global sensation sandbox building and survival game, is coming to iOS later this month and Android “soon thereafter” according to the official blog.

We first heard about Minecraft Earth about two months ago in mid-May when developers Mojang released an announcement trailer and then last month debuted actual gameplay for the very first time. Now, they’ve got a brand new beta announcement video that goes over more details regarding the game’s mechanics and gameplay:

Basically you’re presented with an overworld map that looks strikingly similar to Pokemon Go, complete with a Minecraft-style block avatar complete with skins. It uses the actual world map to create the environment. TTG You walk around and tap on items like animals and blocks to collect them. Naturally, they’re called “tappables” in Minecraft Earth.

Once you collect enough tappables, you level up and once you have enough resources you can build things that are placed into the real world from your phone screen. It’s described as a “living, breathing” Minecraft world. It includes multiplayer seamlessly integrated where people can help “or hinder” your creations. Then you can scale creations to life-size to explore and see in the world around you.