Minecraft 1.19 What You Need To Know 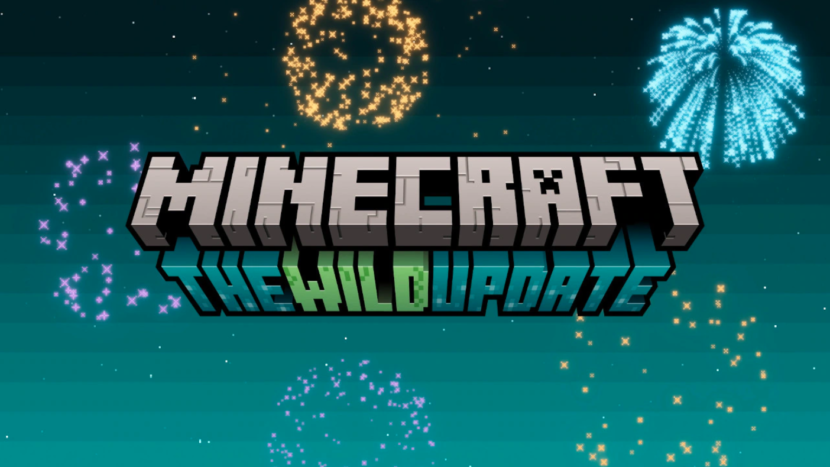 The stream in which we lived, laughed, and loved has now transcended into a recording, which can only mean one thing – it’s text time! Yes, for those of you who enjoy your shows 100% scripted, i.e. written down, this one’s for you. Your notorious recap queen has once again donned her self-appointed crown, so hold on to your hats, socks, and whatever other merch you’ve got, because HERE. WE. GO!

After updating all the caves and cliffs, it was clear that we weren’t ready to go back inside just yet. The great outdoors still called to us, which is why 2022 will bring you The Wild Update!

Cory Scheviak, Agnes Larsson and Brandon Pearce from the Vanilla team showed us some of the beautiful concept art, and as you can see the The Wild Update will bring new gameplay, more depth, and lots of fun stuff to the game. Like mud and mangrove swamps. MORE SWAMPS! My natural habitat is slowly taking over the Overworld. Along with different types of frogs and tadpoles, we’re also getting boats with chests! This is something that a lot of people have been requesting for a long time, and we understand why. Is there anything better than an aquatic picnic? Or maybe you just want to bring your dirt blocks with you when you take to the lake. I know I do.

We also learned that the Deep Dark and warden will be included in The Wild Update, which means we need to wait until 2022 to jump out of our real and player skins in fear. On one hand, yes. Waiting is boring and delays are never fun. Trust me, if my cat’s food bowl is empty for one second too long, I can kiss all my leggings goodbye. But on the other hand, this delay happened because the Deep Dark is not only very deep and very, very dark – but it is also really big. And we want to make it as big, dark, deep, and absolutely terrifying as possible. So while we wait, let’s all grab a needle and thread, and get to work at fixing my poor leggings, because this reasoning did not translate when I was explaining the empty bowl to Lilla Blå.

Agnes and fellow developer Henrik Kniberg looked back at the caves, the cliffs, and pretty much everything in-between. Part I of the Caves & Cliffs Update came out this summer, which among other cool stuff added axolotls, goats, and glow squid to the Overworld’s ecosystem. Splitting the update into two parts may not have been part of the original plan, but it did have a very positive side-effect. Since we received a lot of comments, feedback, and of course fanart, after Part I, we were able to incorporate that into the work on Part II. We always aim to deliver updates that are tailored to our community – you make the game what it is – so this was a very cool experience for the team.

Speaking of Part II, we also got a little taste of what’s to come in the second part of the update! Not only will we be reaching new heights, but we are also digging really deep. That’s right, this means that the world height will be expanded by increasing the limits at the very top and the very bottom of the game. Consequentially, this adds new mountains and caves, the latter of which are more complex than ever. Now I can finally admit to getting lost during my spelunking missions without feeling any embarrassment whatsoever. Who could blame me for spending all my time in a cave shaped like pasta? Nobody, that’s who.

As a writer, my instinct is to lone wolf it most of the time. But if the situation calls for it, I can see that togetherness could be appropriate. Bringing Java and Bedrock together is exactly one of those occasions, and what a momentous one it is! Launching exclusively with Game Pass for PC on November 2 2021, the Minecraft PC Bundle brings Minecraft: Java Edition and Minecraft: Bedrock Edition for Windows together in the same launcher. Having both editions means that you can cross-play to your heart’s content, even with consoles and mobile! Your days of picking and choosing are over, except when it comes to snacks. Now all you have to do is launch the same edition as the Minecrafter you want to play with, and start working on your sweet, sweet gravel block builds!

Laura De Llorens and John-Philip JP Johanson from the Minecraft Dungeons team delivered a lot of cool updates for the game including the launch of Seasonal Adventures in December! The first season will be Cloudy Climb, which also introduces the Tower and the Adventure Hub. This doesn’t just bring fancy new architecture into the world of Dungeons, but also a whole new way to enjoy the game!

They also demoed some of the new levels and content while putting every single chair in existence to shame. Did you see that throne? Why am I typing this from a cardboard box that I had to steal from Vu’s basement set? Maybe it’s because I suggested that instead of adding more content and weekly events to Dungeons, we simply allow the players to observe the changing colors of the foliage. That’s super seasonal! But no, you are all going to be able to compete for cool rewards like pets, emotes, and flairs. Yeah, OK, I see why the seats were divided up in this manner.

All of us at Mojang Studios are constantly impressed by the creativity that comes from the Minecraft community. In fact, we were so inspired that our Innovation Team has been working on tools that will help foster this talent  and also open up the playing field even more by making them accessible for everyone. The Minecraft Learning Portal aims to teach and inspire new and existing creators to make their own maps by putting walkthroughs, information banks, and tutorials in one place. One such tutorial is this demo of Blockbench in which Jannis creates a grizzly bear. I will be watching it on a loop since I have been asking for more bears since my very first day at this place. I just want a sun bear to sit and contemplate my builds, is that too much to ask? No! And now I can make one myself so take that, developers! I’m coming for your jobs!

Ever since I was first introduced to the glare, allay, and copper golem, I have been spearheading a campaign to include all of them into the game. My original goal was to make them Übermobs, allowing them to tower over all other mobs and players as they roamed wild. But I’m not unreasonable. Sadly, I was told in no uncertain terms that only one can win, and I had no say whatsoever in these matters. Even so, we want to thank you, the amazing community, for voting because I am pleased as punch with the result! In fact, let’s keep the party going with fanart! Send your drawing, sculpture, build, musical creation, or whatever makes your heart sing to [email protected], for a chance to get featured on the community page! If that wasn’t enough, you can also get your hands on exclusive merch featuring our illustrious winner here!

Cue the confetti, because your winning mob is none other than the allay! This dainty dancer is not only a lover of music and note blocks, but also an avid collector. If you give the allay an item, it will bring back matching or similar ones – as long as they are able to pick them up. In other words, the allay will not mine or craft things at your whim. Why? Well, then we would have to rename the game TheirToil, and that is too much paperwork.

That’s it for this year! Thank you for watching, but more importantly, thank you for reading. The written word lasts forever, unlike a livestream. Although, I guess you could technically watch the show as many times as you like? That’s cool too, I guess. Maybe I should give it another watch, just to make sure? Yeah. That sounds good.

Now that you’ve both read about the show and watched it at least one more time, celebrate your favorite part of the show with a drawing! You know we want to see it, so send us a drawing inspired by the show to [email protected] for a chance to be featured on our community site! I’m heading over there right now, I wrote a 17-page ode to Tiny Jens and Tiny Agnes and I am worried that it’s a bit short.