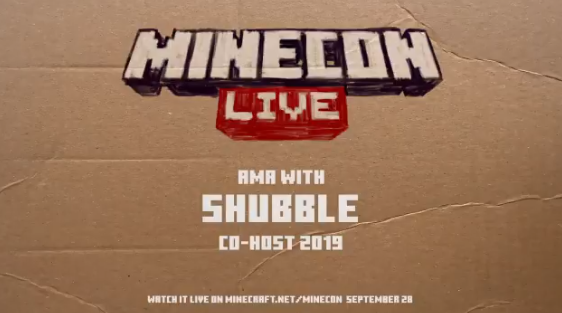 This years Minecon is fast approaching, earlier on this year Minecon received it’s second name change going from Minecon to Minecon Earth to now Minecon live. This is because of the soon to be released Minecraft Earth Game.

As quoted by the official Minecraft Twitter account ” Wearer of fashionable paper crowns and always in good spirits, @shelbygraces isn’t just the most cheerful Minecrafter you’ll meet – she’s also the first to join an amazing lineup of co-hosts for #MINECON Live on September 28th! Yaay!”

It seems like last year YouTubers will take a big part in co-hosting the event, let us know in the comment section what YouTubers you’d like to see during this event.

During this years Minecon we will find out what the next big update will be for Minecraft, that update being 1.15 – we are also likely to see Minecraft PS4 Bedrock announced and hopefully see more gameplay for Minecraft Dungeons.

This year for Minecraft has been huge, let us know in the comment section what you’re most exciting about seeing from Minecon LIVE