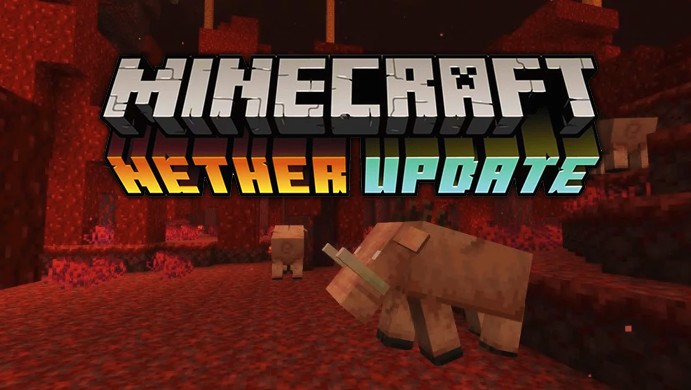 Just like that another Minecon is over, this year comes with some incredible update features. It has been confirmed by Minecraft that we will yet again get another Holiday Update. Last year the community received pandas, bamboo, cats and much more. This year the community will get Bees, Bee Hives, Honey, Honey block… basically what we are saying is bees are coming to Minecraft for both Java & Bedrock (iOS, Android, Win 10, Xbox & Switch)

The next major update for Minecraft will be a Nether Update, this dimension in Minecraft has not been updated for a very long time. The community reacted very positively to this reveal during Minecon live. As confirmed by the devs we are getting different biomes inside of this dimension so far confirmed is Soulsand Valley, Nether Wart Forests which include both red/blue biomes these will house the Piglin Beast which is subject to name change as they are reaching out to the community for a new name.

More mobs, biomes and changes are going to be released in this update but the devs did not want to share all their plans for this update. If you’re interested in everything that will feature in both the Holiday update & Nether update below is all we know so far.

Several weeks ago, Minecraft released bees in a Minecraft Java snapshot. They’ll be coming to Java and Bedrock platforms, along with a new block they revealed during Minecon. Yes, move over, watermelon block, because the honey block is about to snatch your crown as the tastiest block in Minecraft! To confirm this, I ate a block of watermelon and a block of honey before writing this and now I don’t feel well. Coming soon!

What could be more welcoming than a new biome full of blue fog and blue flames (courtesy of the new blue fire block!), and ominous gigantic fossils everywhere? Don’t answer that, just get hyped for this barren wasteland that can’t wait for you to risk a visit…

A dense forest, with swirling particles and dense atmosphere, deliberately designed by our meanest level designers to make you get lost. Mwahahaha!

Well, less another biome, more a variation on Netherwart Forest Red (oh great – I only just managed to escape from that) but with its own unique atmosphere, and its own unique blocks! For example, watch your step for that twisty new Nether Fungi covering the ground…

Despite the dangers of these new Nether biomes, we do want this update to make the Nether more accessible (albeit still a dangerous place to live!). You’ll be able to build a base there, respawn there, and even find food! Speaking of which…

What’s a new biome without a new mob to cause chaos within it? Meet the Piglin Beast, the tusked little terror that’s Minecraft’s newest hostile mob! It can be bred as a source of food in the Nether (and let’s face it, you’re not exactly spoilt for choice when it comes to lunch options in the Nether, are you?).

Plus! Start thinking of what you’d like the Piglin Beast to be called, because we want YOU to help us come up with its final name (click here to submit a suggestion!). Anyone who suggests ‘Tom Stone’ as the name is going straight off my Christmas card list.

Speaking of names, we’ve renamed the Zombie Pigmen to Zombified Piglins, and we’re introducing a new hostile mob to Minecraft… the Piglins! Piglins live in the Nether, and are hostile to you and most other mobs. You’ll also find small fortifications they’ve built in the Nether, called bastions.

Just like the person writing this post, Piglins are constantly on the hunt for gold, which is something you can use to your advantage. Wear gold armour and the Piglins will ignore you… unless you start rifling through their chests. Then prepare for a Piglin battle! Want to be more of a Piglin pacifist? It’ll be possible to trade with Piglins, but don’t expect the same experience as trading with villagers. This will be known as bartering and it’ll be far less friendly!

Not completely related to the theme of the new update, but a brand new block designed for redstone enthusiasts! Shoot the block with an arrow, and it’ll emit a redstone signal. The closer your arrow to the bullseye on the Target Block, the stronger the emitted signal. We can’t wait to see what redstone contraptions you make with this one!

The biome vote winner was Mountains winning with 53% of the votes meanwhile only 47% voted for Swamps – Badlands went out first. We will get snowier snow, goats, Cliff edges, Dramatic views with Mountains. It was also confirmed by Lady Agnes that Swamps & Badlands are going to be updated eventually this leaves deserts, Savannah, Swamps & Badlands to receive some kind of update in the future of Minecraft

We’ll have more to share about this upcoming Nether Update very soon.