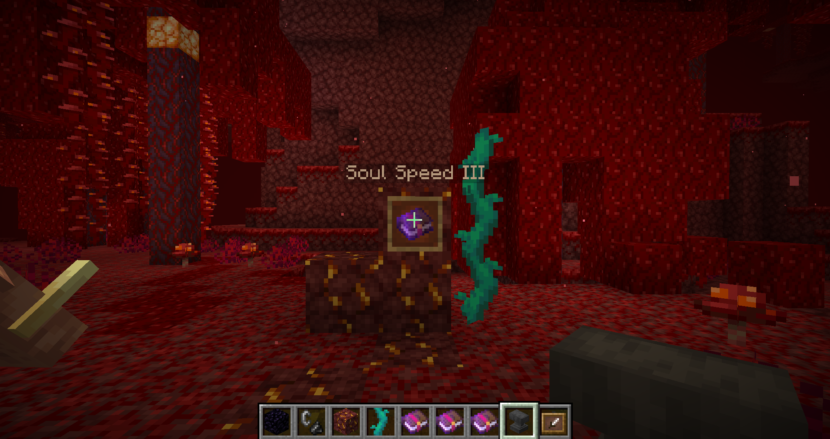 It’s snapshot day my dudes, welcome back to another Minecraft Nether Update 1.16 test snapshot. Today we have new enchantments, upwards growing vines + Nether Ore can be found in this dimension. Below are all the changes in this weeks snapshot but remember these changes are subject to change or even removal – Let us know what you think about these features.

In this snapshot you can be on your merry way across the beautiful Soulsand Valleys with your freshly enchanted boots. It’s a bit scary to be fair, so these boots will help you out with that bit…

BEFORE WE DIVE INTO THIS SNAPSHOT, A WORD ABOUT REDSTONE

Redstone is one of the coolest things in Minecraft and many of you are members of communities that focus on building mind-blowing redstone contraptions, farms, computing machines and 256×256 piston doors.

A lot of redstone behaviour is currently categorized as “undefined”. This is when the behaviour of the block is not the result of intentional code but is a side-effect of unaccounted edge cases or quirks in the game code.​

However, the quirks of undefined behaviour can be quite surprising – even when building simple contraptions. This quirkiness can be a negative experience for players new to redstone and may turn them away from this very unique and exciting aspect of Minecraft as well as the vast redstone community behind it.​

Our goal is to bring all redstone components up to a level of quality that we are happy with and we will be making adjustments where it makes the most sense for redstone going forward.

Any changes we make will be communicated in the snapshot changelogs and as always we will be reading your feedback and comments. If you have any immediate feedback regarding redstone then please make a post on the feedback website.