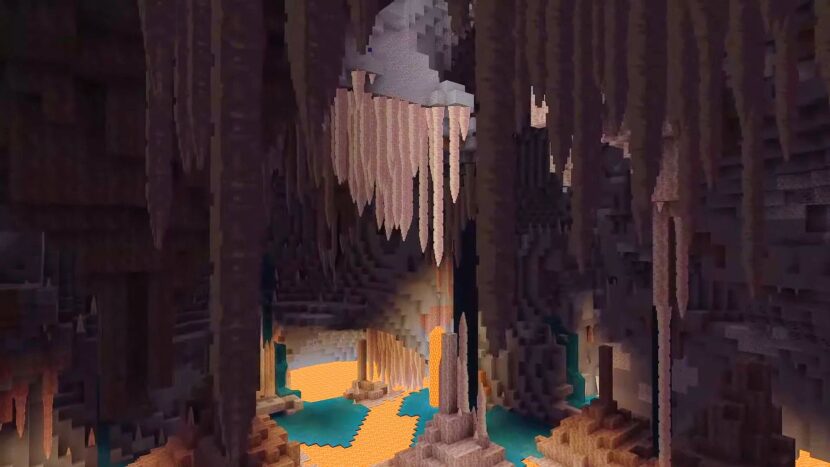 Did someone ask for a snapshot full of tasty Caves & Cliffs features? Then you came to the right place! This particular snapshot adds blocks for dripstone – stalagmites and stalactites. Or is it stalactites and stalagmites? Anyway, you can’t find them in the world just yet… but try out the functionality of the new blocks!

This update can also be found on minecraft.net.

If you find any bugs, please report them on the official Minecraft Issue Tracker. You can also leave feedback on the Feedback site.New Features in 20w48a

Testing versions can corrupt your world, please backup and/or run them in a different folder from your main worlds.

What else is new?

If you want to know what else is being added and changed in the Caves & Cliffs Update, check out the previous snapshot post.