if your are a fan of the horror game Bendy and the Ink Machine and also a minecraft fan, then this addon is the combination of these 2 game it will addon a bunch of new mobs with custom animations into your world

TURN ON EXPERIMENTAL MODE TO GET THE ITEMS AND OTHER FEATURES

Searcher is a hostile mob will attack players and villagers, The Searchers resemble human-based creatures entirely made of black ink and are roughly about the same size as the player 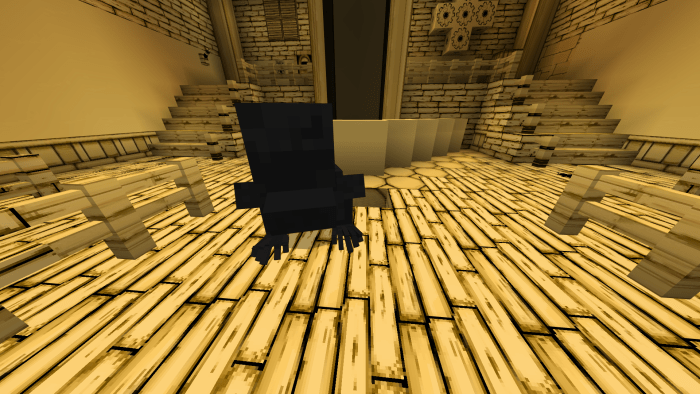 Projectionist is a hostile mob, Judging by his human-shaped appearance and projector head, he is an ink incarnation of Norman Polk. 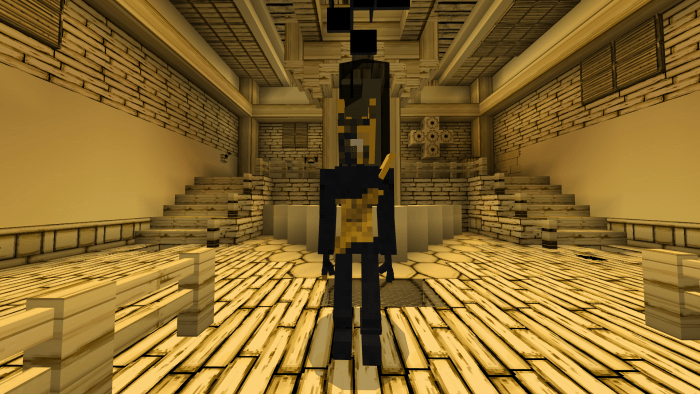 Piper: holding a wrench as the weapon, a incarnations of the cartoon character named dCharley 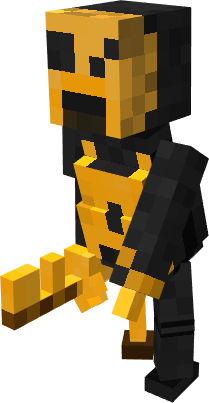 Striker: have 3 arms and a incarnations of the cartoon character named Edgar 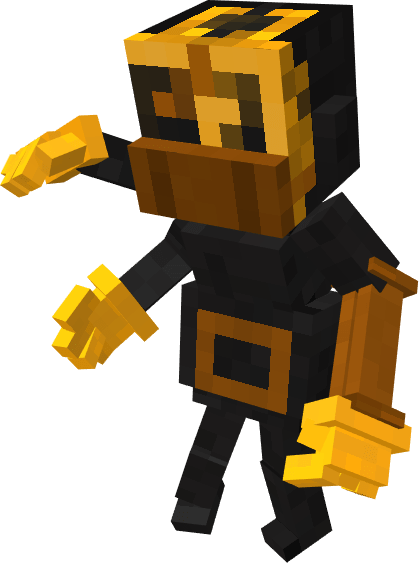 Fisher: a ink creature he has his head attached to the string and have a wrench as the weapon 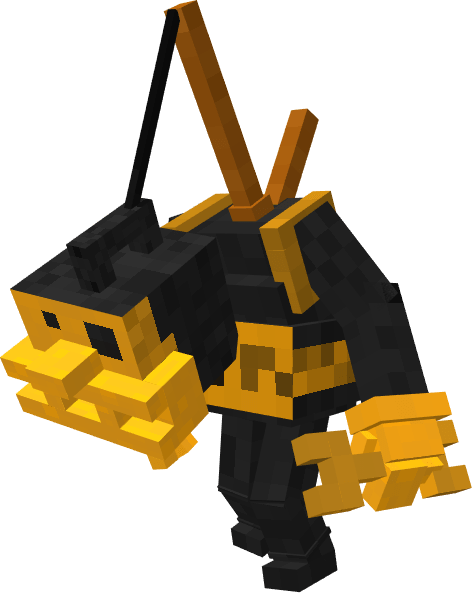 The Lost One: they’re hostile, is a human covered in black ink,

Sammy Lawrence: is a boss mob, holding an axe as the weapon 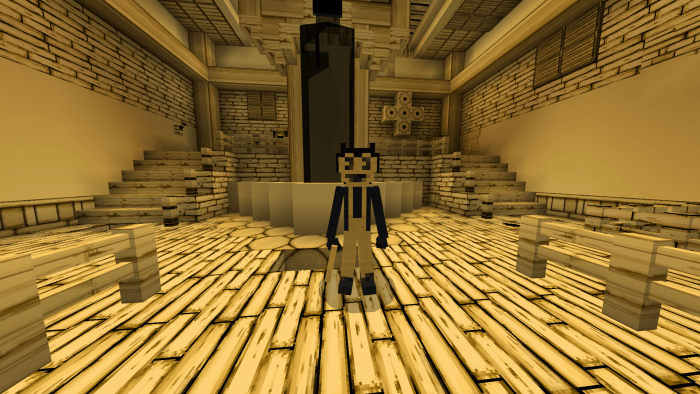 Bendy Cutout: is just a cutout of the cartoon version of bendy

Miner Searcher: is another variant of the searcher, this one has a miner hat on it 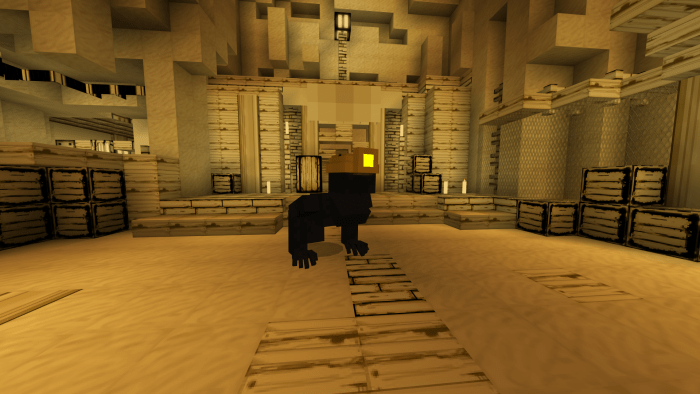 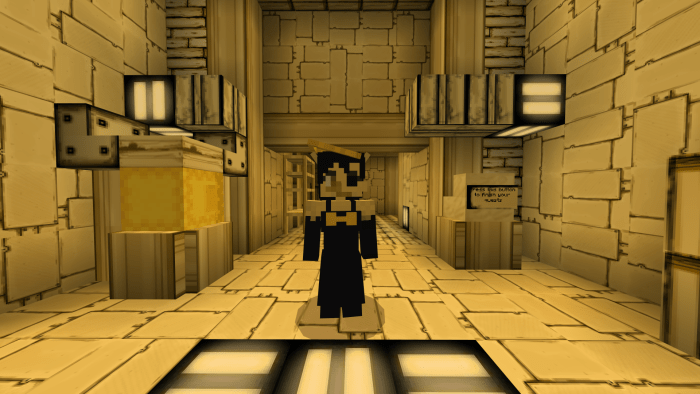 Giant hand: is a giant hand spawn in the ocean

Searcher Boss: is a giant Searcher with a top hat 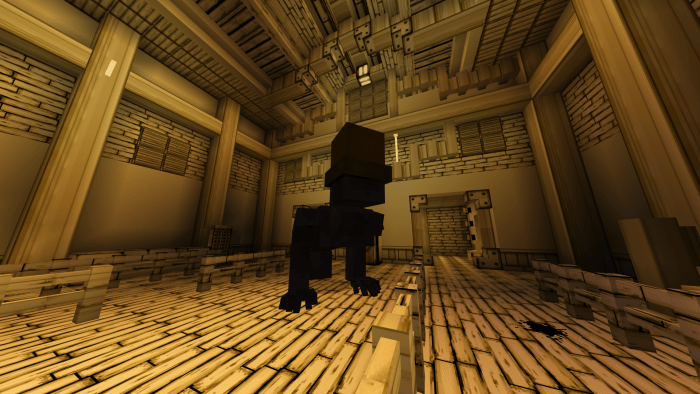 Bertrum Piedmont: is a Horse carousel, but with a face in the center

Brute Boris: is a monster version of boris, created by Evil Alice

Beast Bendy: the final form of ink demon can’t be killed by weapon 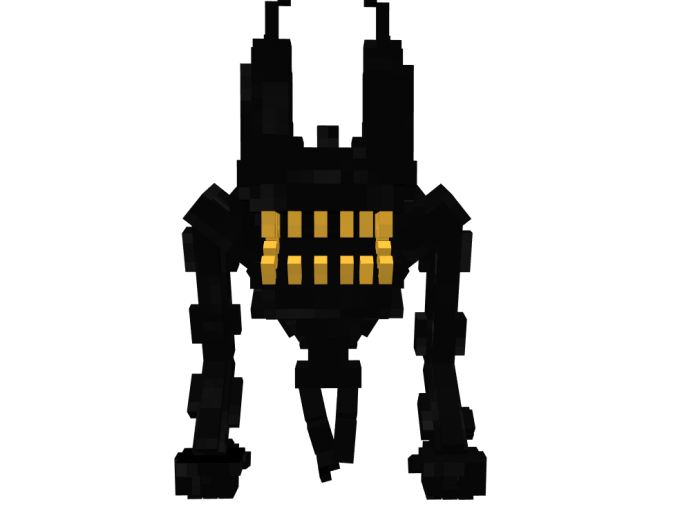 Extremely dangerous and creepy, He will kill any monster nearby and player but no worry the chance of him to spawn is super rare 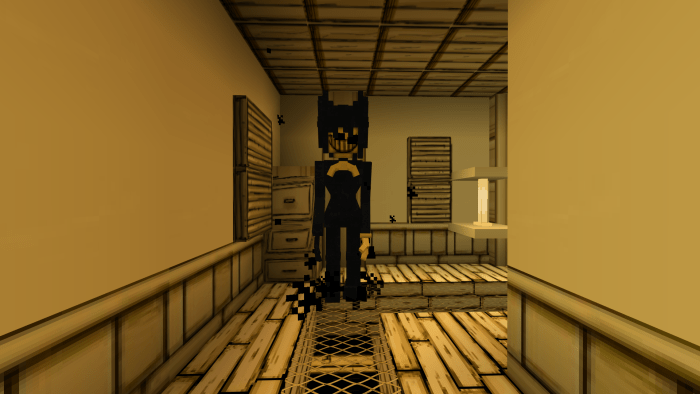 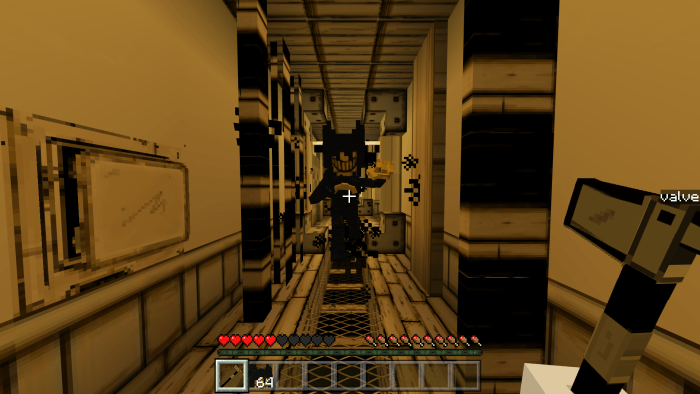 Alice, Tom and Boris both are friendly You can tame them by using these items 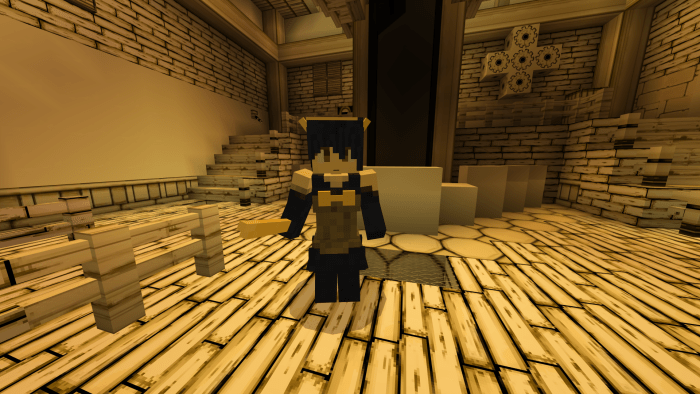 Tom: shaped human with the doggy face, holding an  axe as the weapon and have a mechanic arm, will attack monster 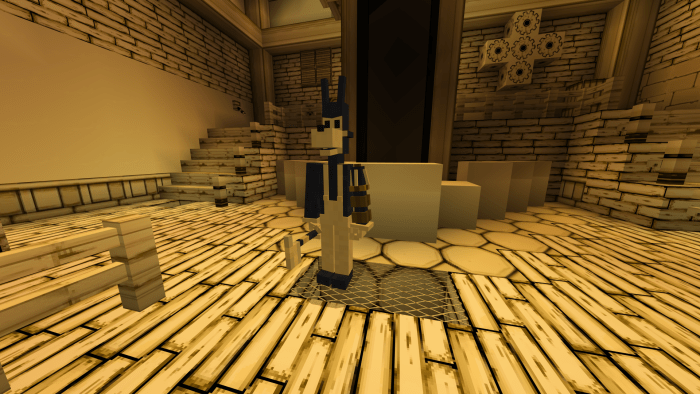 Alice: shaped as a female humanoid, she holding a sword as the weapon will also attack monsters

Boris: look like Tom but can not attack, will run away if the monster near him 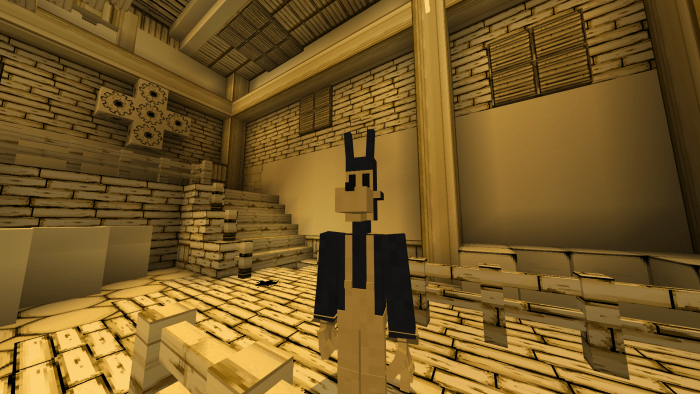 Here a picture of Tom fight the Striker: 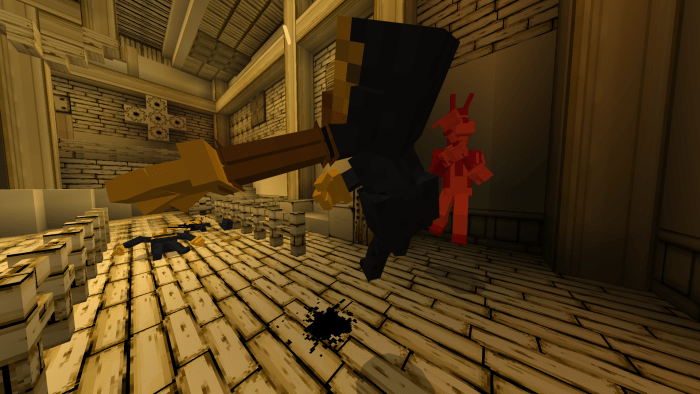 i think this is a first addon which add custom animations for both third person view and first person view: 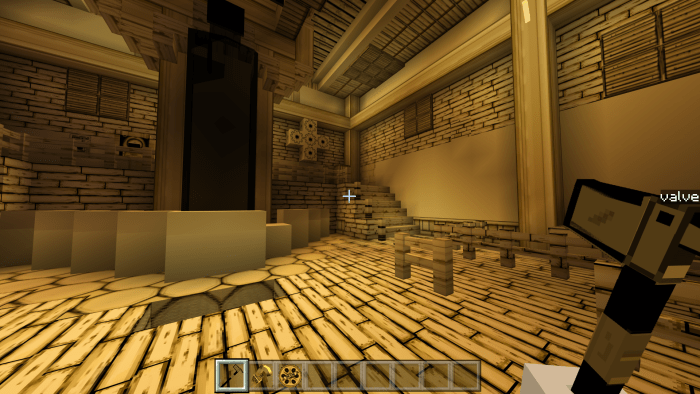 TURN ON EXPERIMENTAL MODE TO GET THE ITEMS AND OTHER FEATURES

IF YOU USE MY ADDON FOR YOUR YOUTUBE CHANNEL PLS GIVE ME CREDITS, IF YOU DON’T I MIGHT NOT BE ABLE TO MAKE THIS KIND OF ADDON ANYMORE

Phone or Tablet ( iOS and Android ): Simply get through AdF.ly, by waiting 5 seconds and tap “Skip Ads”, you will be taken to MediaFire. There, just download it and open it in Minecraft!

or watch this video: https://www.youtube.com/watch?v=MFKO1HdwTlE&t=95s