This add-on adds a new material to Minecraft, named Xelium. Xelium can be used in a variety of ways, from powering sentries to creating blocks, tools and bite sized power-ups!

Note: This is an early preview of the add-on, so things (especially survival mechanics) may change, especially as Mojang unlocks more areas for custom features.

Xelium is a new material that can be crafted into many forms and serve many purposes. These forms have been nicknamed fragments, and each fragment has an area of specialty. Xelium can’t be found naturally yet, but can be crafted: 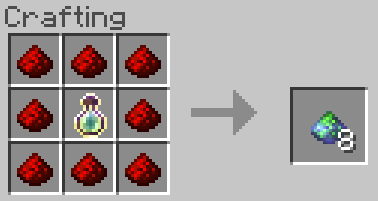 To use Xelium to its fullest potential, you’ll need to shape it into one of the several types of fragments. 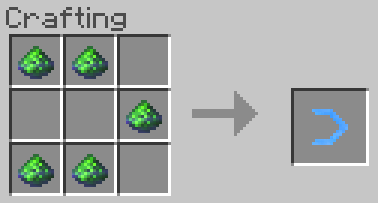 Speed fragments are used to enhance the speed and efficiency of things. 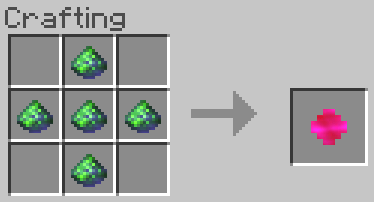 Shield fragments can increase the durability and sturdiness of items and structures. 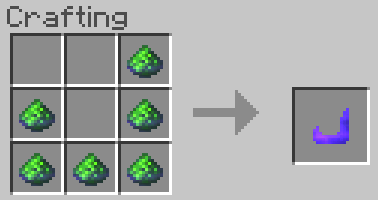 Void fragments are unstable clusters of Xelium that may provide significant boosts, with the potential for major drawbacks.

It’s also possible to create blocks of Xelium and fragments, with the current (temporary) exception of the void fragment. 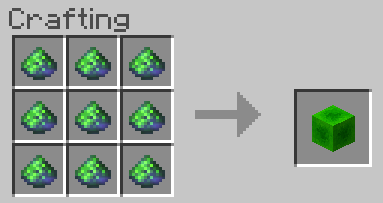 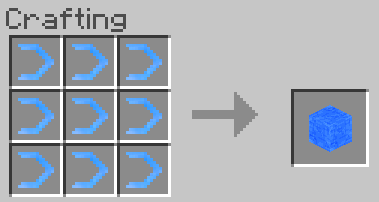 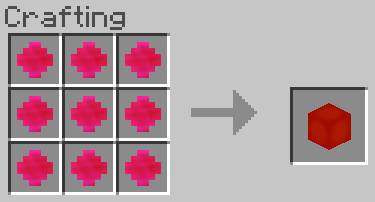 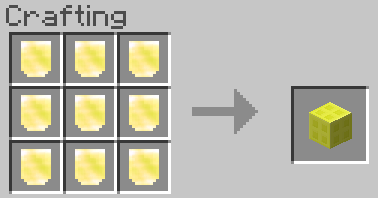 Aside from compactly storing the fragments, these blocks can exhibit some of the traits of the fragments they’re made of! Try blowing up a Shield Fragment block.

One of the things fragments can be crafted into is a Core. These items can be used to provide specialized energy to things. 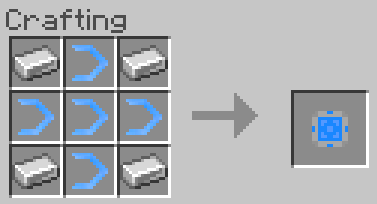 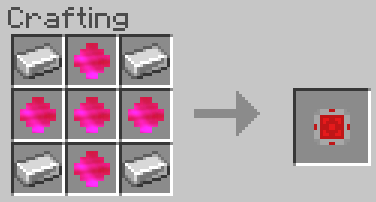 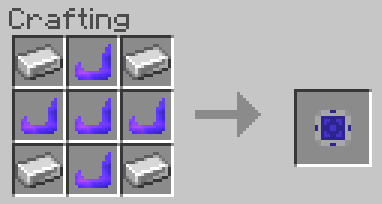 What can you use the cores in? Let’s take a look at an example!

Also included in this add-on is the new Sentry mob. Sentries are upgraded armor stands that can help defend an area, similar to how an iron golem works. 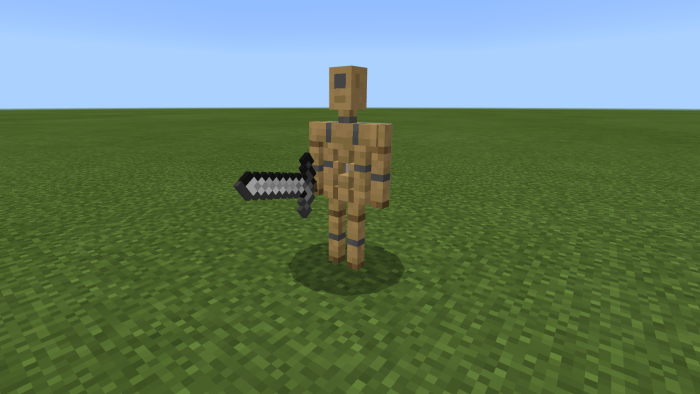 To spawn one, you’ll need a Sentry Kit. 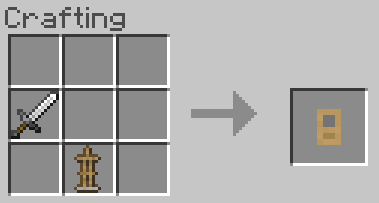 To spawn a Sentry, sneak while holding the a Sentry Kit. A Sentry will be spawned at your position. When they are spawned, they won’t move – that’s because you need a Core to power them! 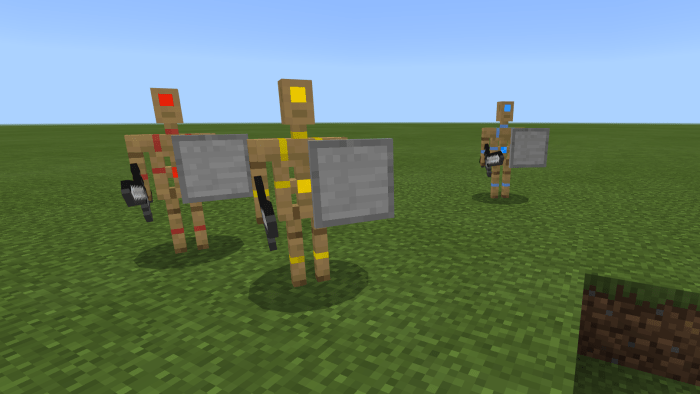 Depending on the core you use, the sentry could be faster, stronger, more durable, or so powerful that it short-circuits and attacks literally everything it sees. Want to change the core? No problem! Just use shears and the core will come right out. (Unless you used a Void Core, in which case it’s permanently fried onto the sentry!)

Motes are small, consumable bits of power that can provide stat boosts for a short time. They provide no nutrition, and can also be consumed at any time. 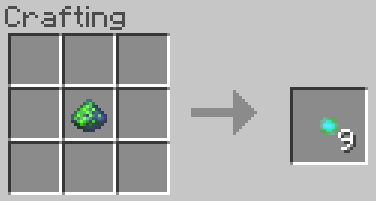 Provides Regeneration 2 for 4 seconds. This will allow you to regenerate about 2 hearts. 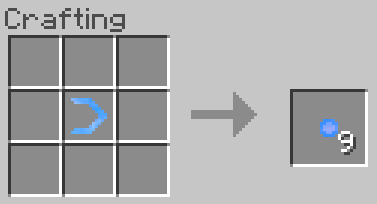 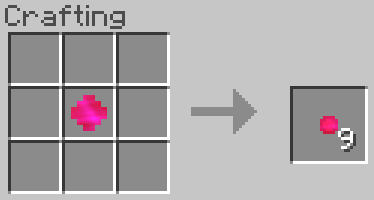 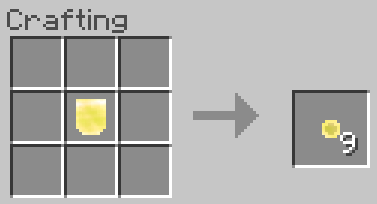 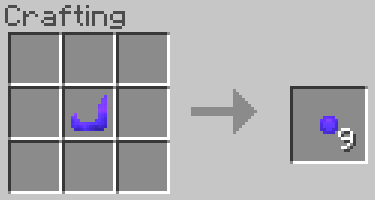 This little guy provides a healthy dose of Strength V, Resistance III, Speed IV, and Haste IV for 15 seconds, while also providing an unhealthy dose of Hunger 50, Fatal Poison 30, and Nausea I for 30 seconds. In case you’re wondering, yes, this alone will kill you after the 15 seconds of beneficial effects if you are not prepared properly. Use at your own risk!

These are some other things you can make with Xelium. More is coming! 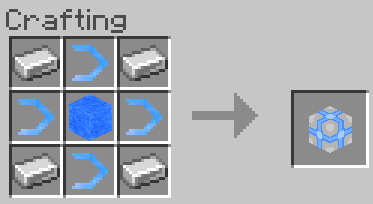 Accelerator blocks can provide a HUGE speed boost to entities that walk across them. You can use them to catapult over gaps that would usually be impossible to cross without a bridge. 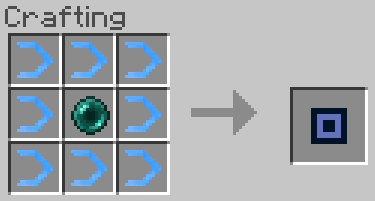 Warp Pads are a great way to get around quickly. Once you assign them a color, they can teleport you to the nearest warp pad of the same color. Warp Pads can be re-assigned, and there is no distance limit – except that the Warp Pad must be in an active chunk. To place a Warp Pad, sneak while holding the item. A Warp Pad will be placed at your position. 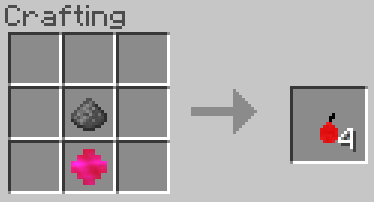 Well, mostly. You may notice that there is a Xelium Ore block. This will naturally spawn in a future update. For now, I must sincerely apologize to my fellow Redstone enthusiasts.

This add-on should work on any client running update 1.13 or higher. Also, be sure to activate Experimental Gameplay to be able to see everything in the add-on! More is planned for the future!

Completely updated practically everything in the add-on, adding new features in the process. (New featured image, too!)