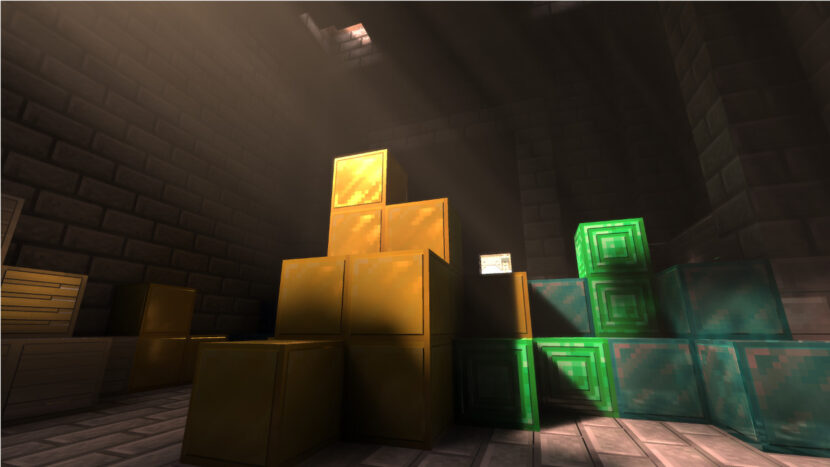 A new engine and a new way to experience Minecraft!

Minecraft is on so many platforms, and the great thing about that is that it opens up so many fun possibilities about how we can change the experience for each one. We added touch controls when we developed the mobile version, put you ​inside ​Minecraft on Gear VR, and enabled multiplayer across consoles and devices with our Better Together update!

Today we’re announcing two new ways we’re taking advantage of existing and updating hardware. One, we’re expanding the scope of Minecraft on bedrock platforms with our new engine, ​Render Dragon. ​Second, we’re pushing the graphical possibilities of the game by ​partnering with NVIDIA to bring real-time ray tracing to Minecraft. ​Prepare your eyes!

We couldn’t be more excited to take advantage of the new ray tracing technology from NVIDIA. It’ll be playable on Windows 10 with devices that are capable of DirectX R, such as with an NVIDIA GeForce RTX GPU (and we plan to expand it to future platforms that support DirectX R raytracing).

With the capabilities of this tech, you’ll be able to experience your Minecraft worlds with realistic lighting, vibrant colors, , realistic water that reflects and refracts naturally, and emissive textures that light up. What does ‘emissive’ mean? It means you’re about to see Minecraft like you’ve never seen it before!

Well, actually, ‘emissive’ is a technical adjective that means ‘having the power to radiate something, especially light, heat, or radiation’ but shhh don’t ruin the moment — watch the below video of ray tracing in action instead:

We’ll have more news to share later this year, as well as the technical requirements. Naturally, we want your feedback through every step of this process. That’s why we plan to enable you to preview the new ray tracing features by turning on “Optional graphics with RTX” in the settings screen of Minecraft in a future beta. You can expect that feature in the new year. We also plan to enable some of these new features, such as improved emissivity and directional lighting, on other Bedrock platforms! Speaking of which…

You’ll see individual Minecraft Bedrock platforms update in the months ahead as we learn the capabilities of our lovely new game engine, Render Dragon. You may have already seen a preview of Render Dragon in action if you watched ​Apple’s Worldwide Developer Conference on-stage when we demoed Minecraft Earth.

It featured edge highlighting and new lighting techniques, which is just the start of the visual and performance upgrades we’re planning to make with Render Dragon. Render Dragon supports a range of graphics features, depending on what your device is capable of. Not all devices will support ray tracing, but we will have some graphics enhancements on most devices.  Again, it’s all about taking advantage of different hardware to offer the smoothest Minecraft experience possible, no matter what device you’re playing on!

We’ll have more news to share soon, so you can start trying out new ways to play!