Minecraft Earth Was Downloaded 1.2 Million Times In The US 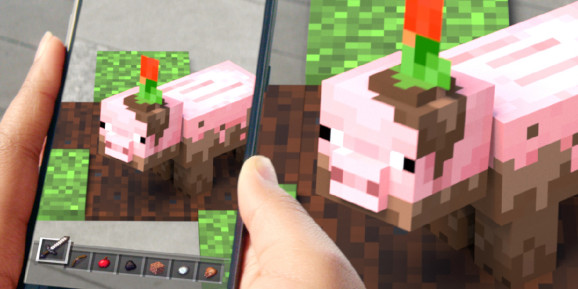 Minecraft Earth came out in the U.S. in early access form on November 12, and the augmented reality take on the popular exploration and creation game hit 1.2 million downloads in the country in its first week, according to market analysts Sensor Tower.

Minecraft Earth is available for iOS and Android devices. You can use your smartphone’s camera to place a Minecraft world into the real one.

The free-to-play title is having a slow roll-out across the world during this early access phase, starting in Iceland and New Zealand in October. Minecraft Earth has been downloaded a total of 2.5 million times.

This is technically an early access period for the game, so it’s not entirely fair to compare it to other U.S. mobile AR launches. Still, to give you some idea, Pokémon Go had about 32.7 million installs in the U.S. in its first week. The more modest Harry Potter: Wizards Unite had 3.1 million.

The normal version of Minecraft is one of the biggest hits in gaming history, selling over 176 million copies.