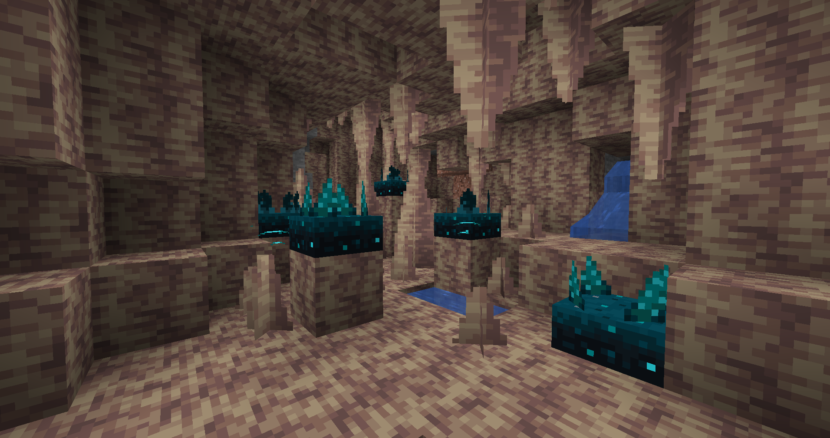 This weeks Minecraft Java Caves & Cliffs snapshot brings Sculk Sensors, these are a very new “wireless” redstone mechanic. Below is everything you need to know about this weeks features.

Another snapshot is going out, and this one introduces the sculk. They’re a bit creepy, but don’t let that put you off. Pick up some good vibrations!

This biome doesn’t generate naturally yet since it is designed for the upcoming larger caves. However, if you want to see the biome in the current caves you can create a single-biome world with dripstone caves.

This system has been developed to identify when certain in-world actions are happening in nearby chunks, particularly so the new sculk sensor can detect these events as vibrations.

The following is a list of the initial game events:

There are also game event tags that come with this and can be modified by data packs. They can be found under data/minecraft/tags/game_events.

The following game events are in ignore_vibrations_stepping_carefully by default: