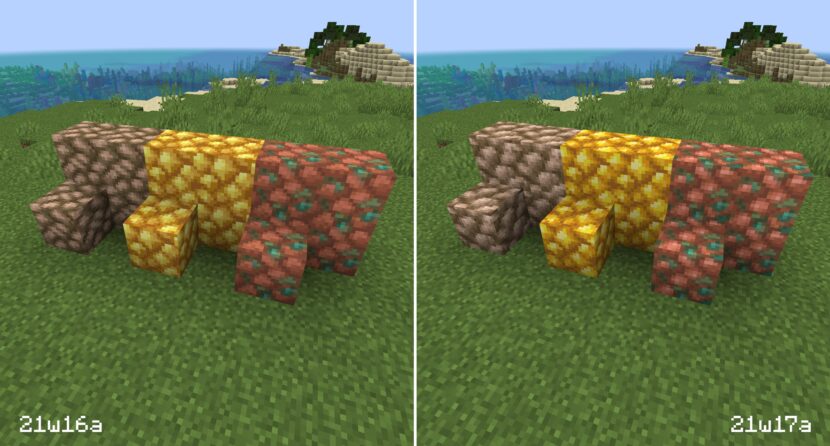 A delicious snapshot appears! This snapshot introduces some tweaks to the raw ore textures, a few copper changes, and the introduction of noodle caves in the Caves & Cliffs Preview datapack.

This update can also be found on minecraft.net.

If you find any bugs, please report them on the official Minecraft Issue Tracker. You can also leave feedback on the Feedback site.Changes in 21w17a

Changes to the Caves & Cliffs Preview

Testing versions can corrupt your world, please backup and/or run them in a different folder from your main worlds.