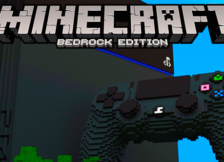 The much needed hotfix for Minecraft Playstation 4 bedrock is here, below are all the changes in the hotfix but we wanted to point out if you find any issues please report them. You can do this via in game or going to this link: https://bugs.mojang.com/projects/MCPE/issues/MCPE-59109?filter=allopenissues – It’s likely we will see more bug fixes… Read more »

Minecraft Playstation 4 bedrock certainly is a hot topic in the Minecraft community right now, we are now starting to see reports of the disc version of the game in Walmart stores across America. This follows on from the story we covered earlier this week with websites in Czech Republic & Hungary (Click here for… Read more » 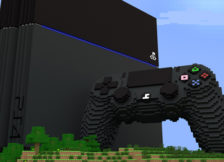 Minecraft PlayStation 4 players might finally have the news they have all been waiting for. After Months of being in the dark with no updates, no bug fixes, no changes PS4 Minecraft players have a glimmer of hope. For months on end Minecraft/Microsoft kept teasing the community by putting Minecraft PS4 bedrock files inside of… Read more » 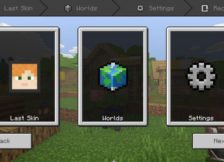 There has been alot of speculation over the past few weeks about Minecraft Bedrock (iOS, Android, Windows 10, Xbox & Switch) version making it’s way to the PS4 community. Now although non of the information we share today is confirmed, it’s a great indication that sooner all later PS4 players will join the better together… Read more »